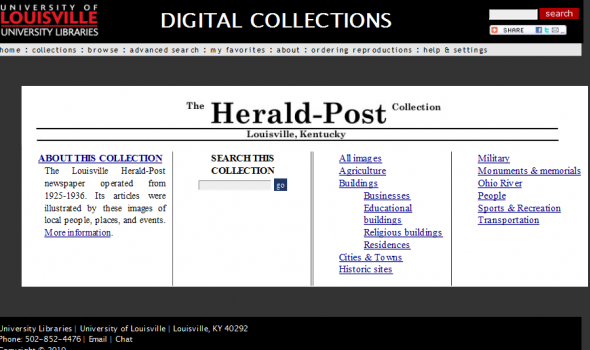 DIGITAL COLLECTIONS About the Collection The Louisville Herald-Post newspaper was created when James Buckner Brown (1872-1940) purchased the Louisville Herald and Louisville Post in January 1925 and merged them into a single newspaper. Brown, a Louisville banker and politician, sought to operate the Herald-Post as an alternative to the Louisville Times and Louisville Courier-Journal, which were both owned by the Bingham family. The Herald-Post went bankrupt in 1936. The newspaper's photo morgue was then donated to the Louisville Free Public Library where it was used extensively as a research collection before being accessioned by the University of Louisville Photographic Archives in 1994. The Herald-Post digital collection contains 3815 images, including portraits of prominent Louisvillians and Kentuckians at work and at play, as well as scenes of business and industry; government; homes; places of worship; community organizations; parks; sports; and transportation. These images document daily activities and special events that contribute to the history of Louisville and the surrounding region. Duplicate images have been removed from the digital collection, as have six images that post-dated the newspaper and thus were misfiled with the physical collection. Conditions of Use The Herald-Post collection is open for research. For further information about permissions, use, and ordering reproductions, contact Special Collections , Ekstrom Library, University of Louisville. To cite an image from this collection, please use the format: [Image Number], Herald Post Collection, 1994.18, Special Collections, University of Louisville, Louisville, Kentucky. The digital version of an image may be cited by referring to its Reference URL (in the gray header, above and to the left of the image). Acknowledgments The images were originally scanned for the Kentuckiana Digital Library in 2003-2005 as 300 dpi TIFFs. Additional images were scanned in 2008 by Rachel I. Howard on an Epson Expression 1680 as a 600 ppi TIFF image in 8-bit grayscale. All TIFFs were batch converted to JPEGs of "best" quality and resized to 600 pixels in the longest dimension using IrfanView version 3.98, then uploaded the JPEGs to CONTENTdm Digital Collection Management Software version 4.3 by Rachel I. Howard and Emily Symonds. An earlier version of the database was updated in 2007-2008 by Elizabeth Fox-Corbett, Rachel I. Howard, Emily Symonds, Susannah Starks, and Kareem Usher, in accordance with our data dictionary (PDF) . Most titles were supplied by the cataloger(s). Those transcribed from the items themselves include the transcription source in the Description field. Terri L. Holtze designed the HTML pages. Dwayne K. Buttler, J.D., provided copyright advice. PDF files on this page require the free Adobe Acrobat Reader (download) . University Libraries | University of Louisville | Louisville, KY 40292 Phone: 502-852-4476 | Email | Chat Copyright © 2010 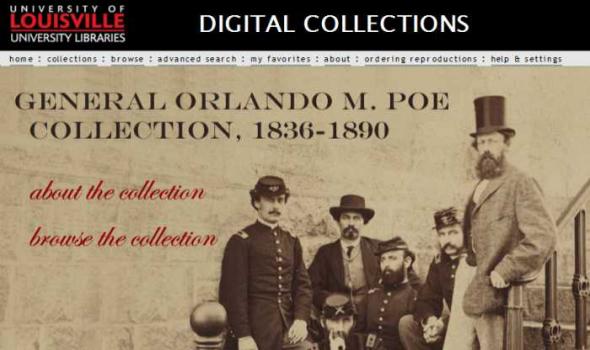 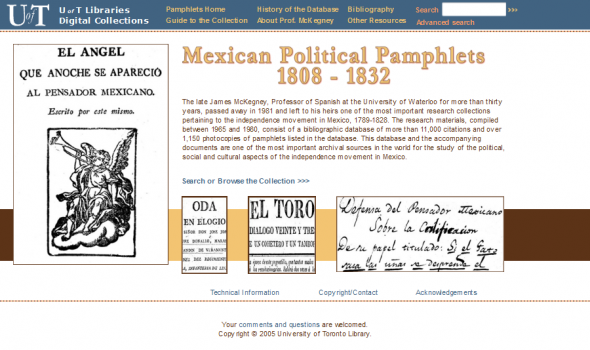 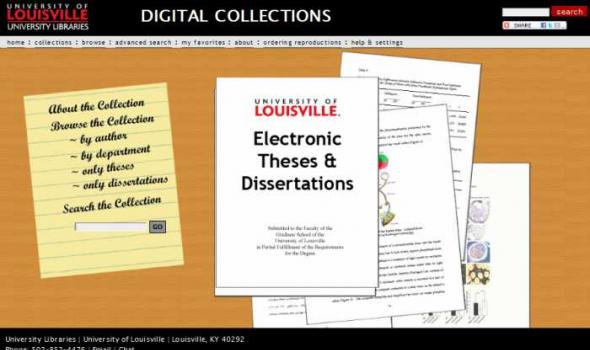