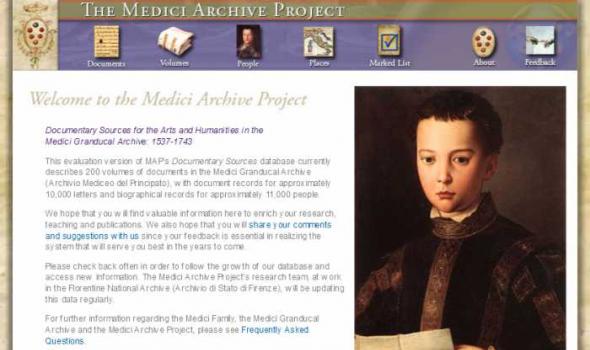 Mission An Unprecedented Model for a Research Institute Since its foundation in the early 1990s, the Medici Archive Project (MAP) has been innovating new strategies for research in the Humanities. During the early stages of its existence, MAP’s mission was to merge archival research with technological innovations for data management. A pioneering group of scholars began to catalog in a rudimentary electronic database the letters of one of the most exhaustive and complete courtly archives of early modern Europe: the Medici Granducal Archival Collection (Mediceo del Principato). This archival collection ??? comprising over four-million letters distributed in 6,429 volumes and occupying a mile of shelf space ??? covers a chronological span of two hundred years, from 1537 to 1743. It documents the political, diplomatic, gastronomic, economic, artistic, scientific, military and medical culture of early modern Tuscany and Europe. In the decade following its founding, graduate students, university professors, museum curators, and independent researchers paid regular visits to MAP’s workspace at the State Archive in Florence in order to have access to unpublished documentary material or to seek help with archival research strategies related to their scholarly endeavors. At the same time, thanks to the NEH Fellowship Program and other similar fellowships, generations of MAP researchers, experienced in archival and paleographic studies, have worked continuously to populate this database with new material gleaned from the Medici manuscripts. Initially collected in an in-house database (Documentary Sources for the Arts and Humanities, 1537 to 1743) accessible only in situ, this vast repository of transcribed and contextualized documents was published on-line in April 2006, free of charge, for the benefit of the entire Renaissance community.  As of today,  August 2011, the Documentary Sources database comprises over 21,000 letters, 13,000 new biographical entries, and 80,000 geographical and topographical tags; the online version of the database receives an average of 20,000 monthly hits. Despite this impressive effort, MAP, for nearly all its existence remained fettered to a restricted scholarly niche, oftentimes estranged from mainstream academic discourse. During these past two years, this trajectory was radically changed. Rather than serving as a provider of primary sources to restricted academic audiences, MAP set out to become a research institution with the mission of actively generating scholarly discourse and embracing disparate dimensions of scholarly experience. At the center of this operation is MAP’s new on-line Digital Interactive Platform, funded by the Andrew W. Mellon Foundation, which will replace the current on-line database in July 2012. Aside from providing a faster and more user-friendly interface for document entry, the Digital Interactive Platform will enable scholars from all over the world not only to view digitized images of  archival documents, but also to enter transcriptions, provide scholarly feedback, and exchange comments in designated forums. The management and elaboration of the database, once the prerogative of MAP Fellows at the State Archive in Florence, can now be performed not only by on-site Staff but also with assistance from a new category of researchers called Distance Fellows, who will work on assigned digitized documents from anywhere in the world. In keeping with its evolving role as a research institute, MAP has committed itself to entering the traditional arenas of academic production. In 2011, MAP launched a peer-reviewed publication series with the academic publisher Viella Editore; three titles are due out in 2011-2012. MAP now also administers a very successful educational program. Two semester-long on-line paleography courses have been taught since 2009; a third course begins this fall. Thanks to the support of the Samuel H. Kress Foundation, MAP offered this past June a two-week graduate seminar at the library of Santa Maria Novella in Florence that was devoted to the study of Florentine historical archives. Also notable is MAP’s organization of and participation at international conferences, as well as its active role within the Renaissance Society of America, at whose annual meetings MAP has sponsored sixteen panels since 2008. Lastly, two independent research programs have been created under MAP’s tutelage: the Jane Fortune Research Program on Women Artists in the Age of the Medici (with its own internship program for undergraduates) and the Jewish History Program. Search For further information please contact: ebrizio[at]medici[dot]org major foundation support from: The Florence Gould Foundation Compagnia di San Paolo The Andrew W.  Mellon Foundation The Samuel H. Kress Foundation Gladys Krieble Delmas Foundation 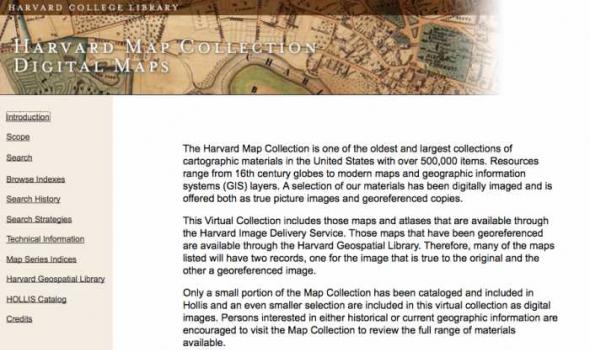 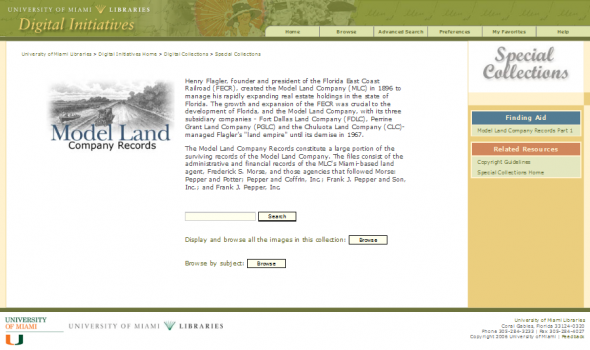 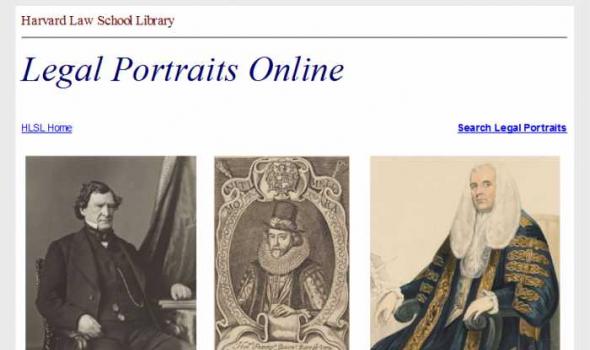 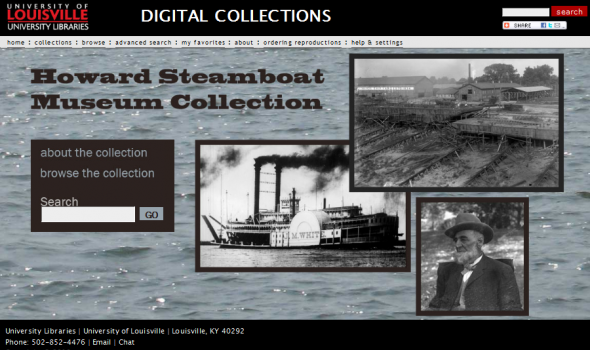